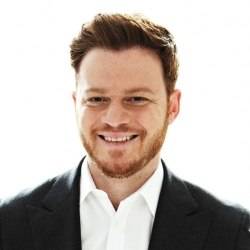 Greg Simonian represents the fourth generation of his family to follow a career path in the watch industry. As President of Westime, Greg oversees all operations for Westime’s four boutiques in Southern California: Westime Sunset in West Hollywood, Westime Beverly Hills, Westime La Jolla and Westime Malibu. He also leads the Richard Mille Boutique Beverly Hills and Hublot Beverly Hills, which are operated by Westime. Additionally, Greg leads the company’s sales, marketing and philanthropic programs on a corporate level. A native of Los Angeles, Greg spent much of his childhood in his family’s watch and jewelry stores, and from age 11 on he accompanied his parents on frequent trips to Switzerland to visit watchmakers. When he was 12 years old, he sold his first watch: a Movado for $800. Greg went on to hold sales and production positions at the Swiss headquarters of Longines and Blancpain. He returned to the U.S. and earned a B.A. in International Studies with a focus on International Management as well as French from Pepperdine University. Following an internship with American Express Publishing, Greg joined Westime as a senior executive where he worked closely with his father, Westime Founder John Simonian. During this time Greg also served as President, the Americas, for Urwerk, a luxury watch brand distributed by Ildico Inc., the parent company of Westime. In 2010 he was named President of Westime. Greg is an active supporter of Los Angeles area charities, including programs to end homelessness, birth defects, and HIV/AIDS. He enjoys international travel and learning new languages, and supporting Los Angeles’s professional sports teams.

If you’ve heard of a wave of watchmakers who represent the nouvelle horlogerie, then you certainly know the Swiss company Urwerk. READ MORE

At this year’s Baselworld, ‘The Big Dance’ of all watch fairs, a select few novelties stood out as favorites. But rather than one trend dominating, the belles of the ball represented a wide variety of styles. So whether you prefer large sports watches, diminutive ladies timepieces, or cutting- edge tourbillons, you will soon find one of these exciting new watches at a Westime boutique in Southern California. READ MORE

At the luxury watch industry’s first major Swiss fair of the year, January’s Salon International de Haute Horlogerie (SIHH), attendees braced themselves for a conservative scene shaped by challenging economic conditions around the world. Well, we were all pleasantly surprised to see the Salon’s watch manufacturers dig deep and step up to create truly creative, exciting and covetable new watches. From major players to independent watchmakers, here are nine exciting novelties straight from Geneva. READ MORE

The watch world’s very own red carpet event takes place in Switzerland each autumn, at the Grand Prix d’Horlogerie de Genève. The highly anticipated night sees watchmakers and their tiny creations recognized for outstanding achievement in their craft. READ MORE

(Trying To) Keep Up With Kevin Hart: The Comedic Superstar Has A Lot On His Plate But He’s Still Hungry For More